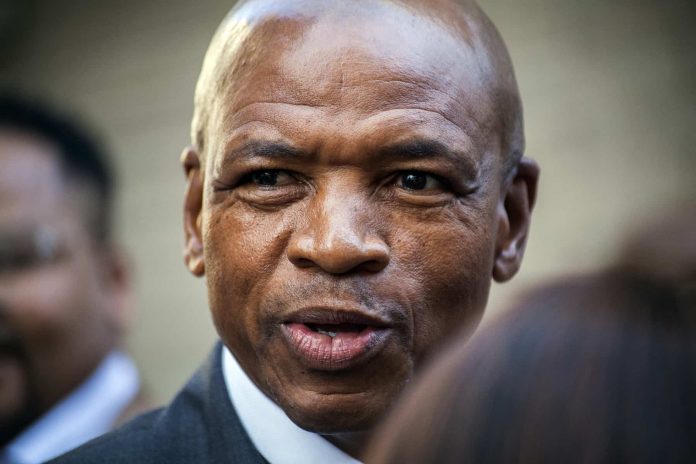 Johannesburg – Former North West premier Supra Mahumapelo is embroiled in a fresh scandal with accusations that he had masterminded the killing of businessman Wandile Bozwana.

Mahumapelo has denied the claims saying it was “fabricated lies” in a statement issued on Sunday.

The Sunday World reported that Mahumapelo had been fingered as the mastermind along with ANC MP Matthews Wolmarans behind the killing of Bozwana.

Bozwana was killed in October 2015 while sitting in a car with his business partner. Three men were charged with murder and attempted murder. The trial has faced many delays.

According to the publication, a gang member who turned state witness mentioned that Mahumapelo and Wolmarans had offered R10 million for the hit against Bozwana. The witness said he had been informed by a fellow gang member of the claims.

Mahumapelo believes the claims were part of a plan to destroy him and silence him as a member of the ANC.

“The allegations are part of a plan to destroy me in all forms of my existence by some ANC members and that this I will speak about in detail sometimes in the future. These are attempts to silence me from my vocal activism in ANC politics and such attempts will never succeed because I will never keep quite on things done wrongly in the ANC,” he said.  “I just hope that the resuscitation of these lies, is not part of what some of the ANC people have been saying that I must either be arrested or be killed and therefore preparing society for such an eventuality.”