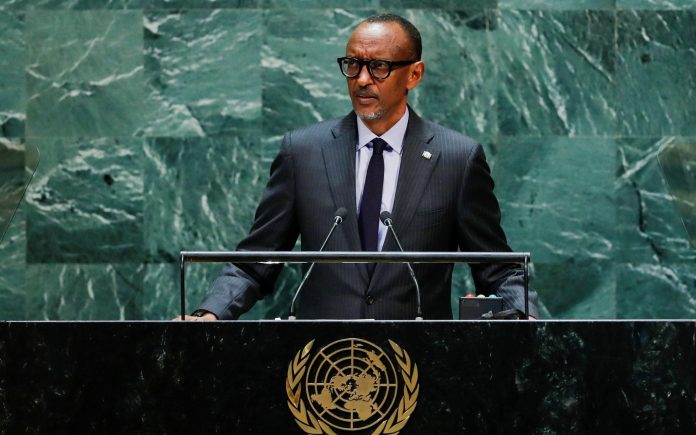 A senior opposition official has been murdered in Rwanda, the latest in a series of killings and disappearances involving critics of Paul Kagame, the country’s president.

Syridio Dusabumuremyi, who served as national co-ordinator for Rwanda’s most vocal opposition alliance, the United Democratic Forces, was found dead in his shop on Monday evening. Colleagues said he had been stabbed several times and his throat cut.

Senior figures in the alliance, known by its French acronym FDU, were quick to call the killing a political assassination. Mr Dusabumuremyi was at least the sixth prominent UDF figure to die violently or disappear in the past three years.

Last October, the UDF’s deputy leader, Boniface Twagirimana, vanished from a high security prison where he had been held on suspicion of trying to overthrow the government and has not been seen since.

An FDU representative in eastern Rwanda disappeared without trace two months ago while the spokesman for the alliance’s leader, Victoire Ingabire, was found dead in a wood in February days after his kidnapping.

None of the cases has been resolved. Although Rwandan police said they had arrested two suspects in connection with Mr Dusabumuremyi’s death, Mrs Ingabire said she held out little help that the real perpetrators would be held to account.

“After several unresolved assassinations of our party members, we have no hope that his murder will be fully investigated and solved,” she told the French news agency AFP.

President Kagame has been feted in the West for bringing stability to Rwanda after the killing of 800,000 people in the genocide of 1994. He is also held up as a rare example of an African leader who has distributed Western aid in a transparent and effective manner.

But critics accuse him of presiding over an authoritarian regime whose opponents are frequently jailed or murdered.

The regime has refused to register the FDU and when Mrs Ingabire attempted to stand in the 2010 presidential election she was arrested, accused of divisionism and “genocide revisionism” and jailed for 15 years.

Mr Kagame, who pardoned her last year, won the 2010 election with 93 percent of the vote. He was re-elected in 2017 with 99 percent after changing the constitution to allow him to remain in office potentially until 2034.