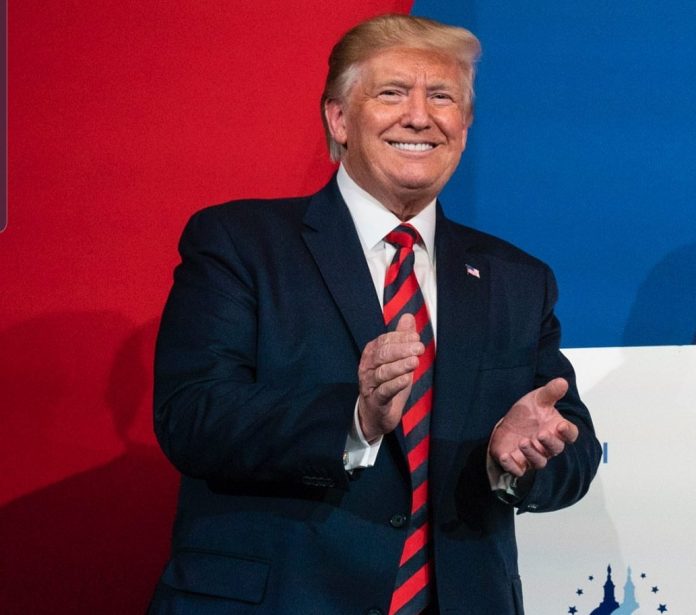 The Democratic-led U.S. House of Representatives was set on Wednesday to step up its impeachment investigation of President Donald Trump over his dealings with Ukraine, as the White House declared it would not cooperate with the probe.

The three congressional committees leading the inquiry were working on final arrangements to interview a U.S. intelligence officer who filed the whistleblower complaint that triggered the probe, a day after the State Department abruptly blocked the U.S. ambassador to the European Union from speaking to them.

The investigation is focused on whether Trump used almost $400 million in congressionally approved aid to Ukraine as leverage to pressure the Ukrainian president to launch an investigation into former Vice President Joe Biden, one of Trump’s main Democratic rivals as he seeks re-election in 2020.

Trump has denied wrongdoing. White House Counsel Pat Cipolline wrote on Tuesday to House Speaker Nancy Pelosi and other top Democrats that the administration would refuse to cooperate with what it called an “illegitimate” and “unconstitutional” impeachment inquiry. “The effort to impeach President Trump … is a naked political strategy that began the day he was inaugurated,” Cipolline’s letter added.

Pelosi said in response to the letter: “Mr. President, you are not above the law. You will be held accountable.” She did not indicate what steps, if any, House Democrats might take to compel Trump’s cooperation.
In addition to the whistleblower, lawmakers aim to hear later this week from a former U.S. ambassador to Ukraine, Marie Yovanovitch, whom Trump removed from that post last May before her term was up.

Lawyers for the whistleblower were focused on how to protect the person’s identity from being made public during any testimony, according to sources close to the talks. The showdown between Trump and Pelosi heightened just as a newly released Reuters/Ipsos opinion poll showed Democratic support rising for impeachment. At the same time, 45 percent of all adult Americans said they support impeachment while 39 percent oppose it, unchanged from last week.

Relations between Democrats and Republicans in Congress were already raw when the State Department on Tuesday ordered U.S. Ambassador to the European Union Gordon Sondland, a major Trump political donor, not to appear at a closed-door meeting of three U.S. House panels investigating Trump. Democrats view Sondland as a key witness who could help shed light on whether Trump withheld military aid to Ukraine as part of an effort to pressure it to investigate Biden and his son Hunter Biden, who had business dealings in Ukraine.

Trump has alleged corruption by the Bidens, but has not provided any evidence to back that up.
The move prompted Democrats to accuse Trump of obstructing their investigation and Republicans to accuse Democrats of operating a secretive, biased inquiry. The hot rhetoric in the high-stakes battle between Trump and Democrats who control the House is expected to intensify next week when Congress returns from a two-week recess.

On their return, members will huddle privately to discuss strategy if Pelosi decides in coming weeks or months to go ahead with articles of impeachment against Trump. Republican Senate Majority Leader Mitch McConnell has said he would have no choice but to initiate a Senate trial on whether to convict Trump of any formal charges of “high crimes or misdemeanors” lodged by the House.

But he added in an interview with CNBC: “How long you’re on it, is a whole different matter,” possibly referring to the right of any senator to move to dismiss the charges, thus short-circuiting a full-blown Senate trial and a vote on convicting Trump – if the motion were to be approved. Republicans who control the Senate have shown little appetite for ousting Trump.