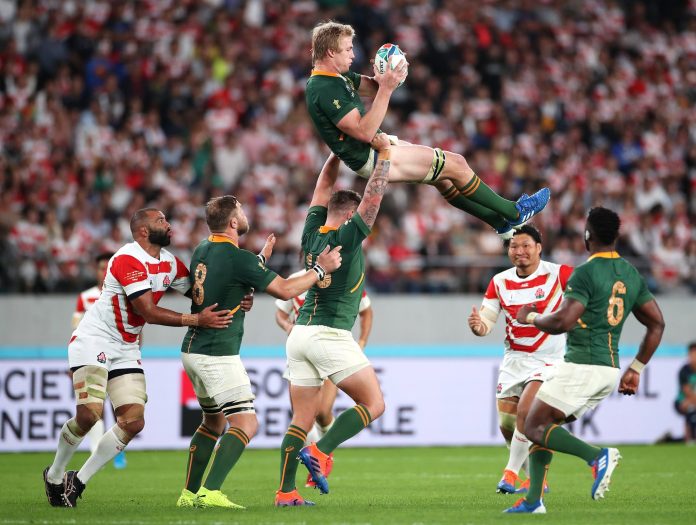 South Africa shattered Japan’s dreams of reaching the World Cup semi-finals with a pulsating 26-3 victory in Tokyo Sunday to set up a blockbuster last-four clash with Wales.

A double from wing Makazole Mapimpi broke the hearts of the Brave Blossoms, whose run to the knock-out stages has earned respect around the rugby world and lit up the first World Cup held in Asia.

Japan famously beat South Africa 34-32 at the last World Cup in an upset dubbed the ‘Miracle of Brighton’ but Sunday’s match at Tokyo was far more comfortable for the two-time world champions.

South Africa coach Rassie Erasmus had staked out his intent by picking six forwards on the bench and the win was built on a dominant performance up front and a ferocious defensive effort.

“We want to try and go all the way. Obviously now we’ve got Wales, they’re ranked higher than us, they’ve got a win against France this weekend,” said South Africa coach Rassie Erasmus.

“We’ll start (working) tomorrow on them. We’ll enjoy tonight and we know the next two weeks will be tough.”

The Springboks were on the scoresheet with just three minutes on the clock. The powerful South African pack drove Japan back in the first scrum, leaving Mapimpi with a one-on-one for the line.

The 29-year-old had been Japan’s main tormentor with a hat-trick in a 41-7 warm-up victory two weeks before the World Cup and he was a handful again, running straight through fly-half Yu Tamura to dot down.