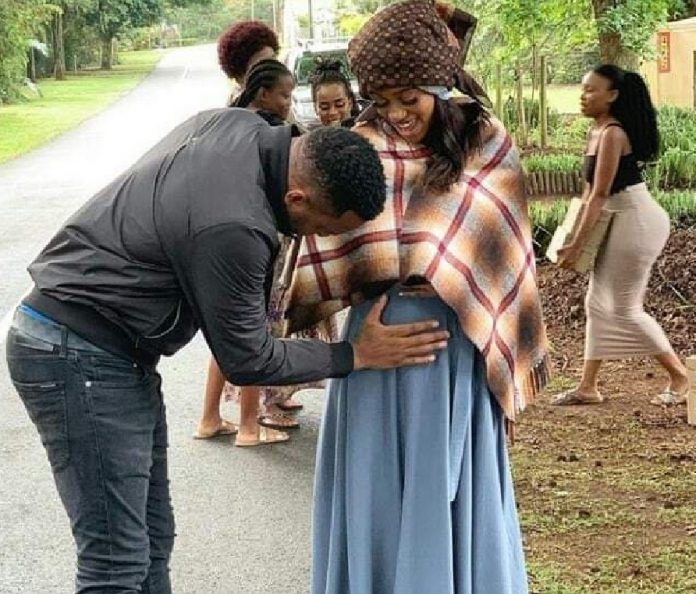 Kaizer Chiefs goal keeper Itumeleng Khune is believed to have paid lobola for his girlfriend, Sphelele Makhunga, and also appear to be expecting their first child.

The couple send the social media into a frenzy after they each posted pictures on Twitter suggesting they have taken things to the next level.

It all started with Makhunga sharing a picture of herself, clad in a typical makoti (attire) – a doek covering her head and traditional shawl (tjale) around her shoulder – on Instagram on Sunday.

She added a simple and short captioned “thank you @itukhune32” which was accompabied by a ring and cows emojis. Khune The replied to the post with the comment, “My wifey bear”.

On Tuesday the couple added more fuel as Khune posted a picture of his lady love in the same attire with a sweet caption “hey #MrsK” with champagne emojis.

Another pictured of the couple, which was posted by the footballer himself before deleting it hours later, shows both of them rubbing what seems to be a visible tiny baby bump.