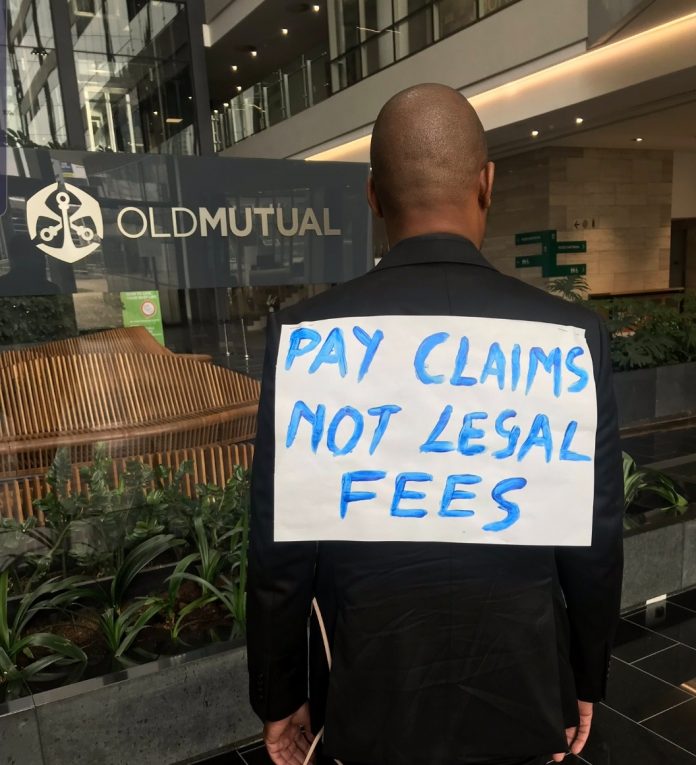 Old Mutual has come under fire for allegedly refusing to pay a funeral claim to a KwaZulu-Natal family.

The National Funeral Practitioners Association of South Africa (NAFUPA) has threatened to take legal action against the insurance giant for humiliating a KwaZulu-Natal family after “refusing to pay out a funeral claim to a family – until a relative showed up with a body as evidence,” it’s alleged.

This after a disturbing video has gone viral showing a family – in a desperate move stripping them of their dignity – carrying a bag containing what is understood to be a dead body of their deceased relative to Old Mutual premises.

“When the body was taken from the mortuary to Old Mutual, it was all out of anger. So, all the rituals that were conducted to move the body from one place to another were not done. The soul of that man is still left at Old Mutual, so they will have to cover the costs of performing these rituals,” NAFUPA president Muzi Hlengwa said.

In a series of tweets, Old Mutual has since apologized, calling the incident regrettable.  “Good evening, this has been most unsettling and we are sympathetic towards the family during this difficult time. We can confirm that the claim was paid. Due to the sensitive nature of this matter, we will continue engaging directly with the family.”