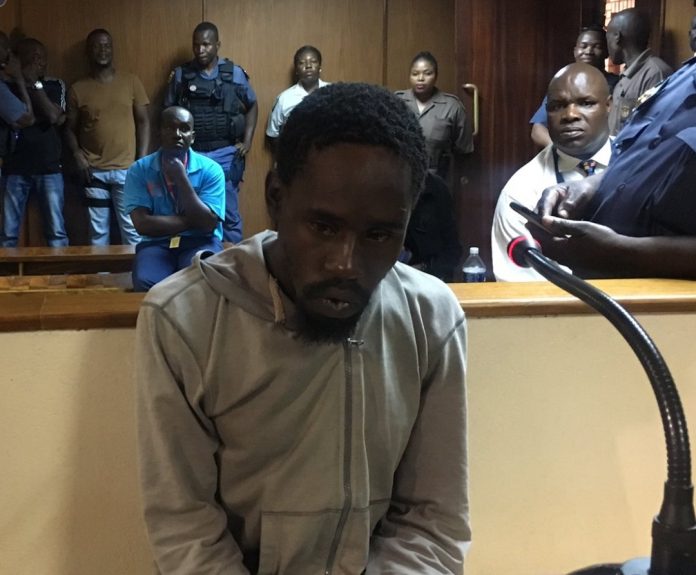 Precious Ramabulana’s alleged murderer, Aubrey Manaka, made his first court appearance at the Morebeng Magistrate Court on Monday, where it emerged that he was on parole after serving six years for a “rape type of charge”.

Manaka, 28, appeared at the Morebeng Magistrate Court in Limpopo, for the alleged rape and murder of the Capricon TVET College student.

The 21-year-old died after being stabbed 52 times in her rented room in Mokomene, Botlokwa on Sunday, November 24.

Manaka, who was arrested last week after being found in possession of Ramabulana’s phone and a murder weapon, has been charged with rape, murder, and housebreaking with aggravating circumstances.

Following widespread reports that the alleged murderer had a previous conviction for child rape, police spokesman Briagadier Vish Naidoo said they are yet to confirm if these reports are true.

The revelations were made by President Ciryl Ramaphosa during his visit to the family of the slain student on Sunday.

“What saddens me even more is that the perpetrator had had his brushes with the law on a rape type of charge. I don’t have the full details and he was still out patrolling the streets of our country,” Ramaphosa said.

He added that perpatrators of sexual violence and murderers should not be in jail and enjoy life there. “They should be subjected to hard labour – the harshest of labour.”

Meanwhile, Manaka has abandoned bail and will appear in court again on January 30, 2020.