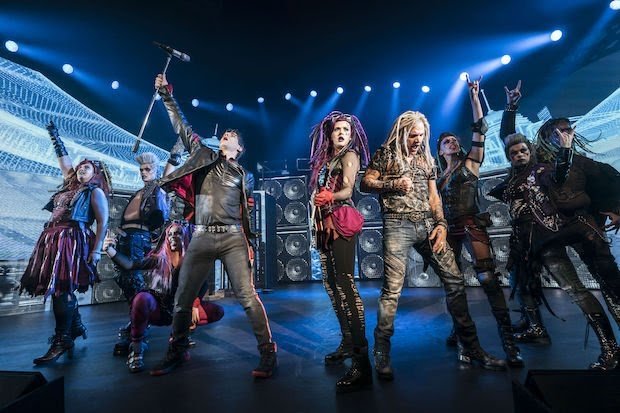 An extensive, newly reimagined world tour of the multi award-winning British rock musical “We Will Rock You” is headed to South Africa next year.

Based on the uniquely inclusive songs of the legendary British rock band, Queen, with a book by renowned British-Australian comedian, Ben Elton, the musical will embark a two-city tour – Cape Town and Johannesburg – for a five-week season in October 2020.

The Artscape Theatre Centre in the Mother City will be the first to stage the tour, scheduled to take place from Saturday, September 5, 2020 to October.

The Montecasino’s Teatro in Johannesburg will follow through with a series of performances, from Saturday, October 10 to Sunday, November 22.

Produced by SA promoter, Showtime Management, organisers are offering an early bird special discount at www.computicket.com for the month of December 2019 across all ticket prices.

“Showtime Management is excited to be involved in a new partnership with international producers to bring the new generation We Will Rock You hit stage production to this country in 2020 before going on a world tour,” a statement from the organisers thus read.

“We have successfully produced a number of Broadway and West End hits in South Africa featuring SA talent that have gone on to critical acclaim in various overseas territories.

“Revisiting We Will Rock You as an originating partner with our new international partners on this new look production is a proud milestone for Showtime,” Showtime’s Hazel Feldman added.

Showtime previously staged We Will Rock You in Johannesburg, Cape Town and Durban in 2005 and 2006 to much-acclaim and postive reviews.

Following sold out seasons in the two South African venues, the show went on to enjoy a highly successful tour to New Zealand and Korea in 2007.

Based on an internationally acclaimed book by comedian, screenwriter and author Ben Elton, the musical tells the story of a group of bohemians in a dystopian future and features 24 of Queen’s greatest hits.

It premiered in London in 2002 and has gone on to tour Europe, North america, UK and Australia.

The South African production will be directed and choreographed by Olivier Award nominee Nick Winston (Annie, Loserville, Waiting for Godot). It will feature a combined South African and international creative team.

Full casting and further dates and venues to be announced in due course, organisers said. – ZONK NEWS WIRES