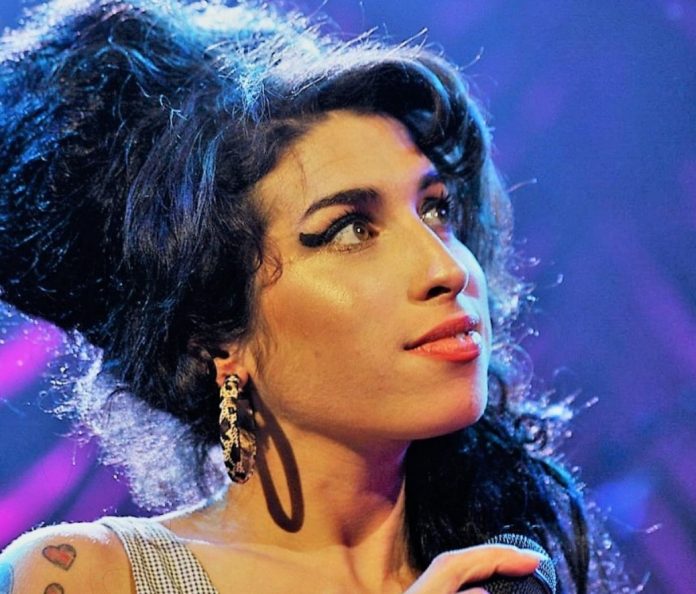 “Beyond Black – The Style of Amy Winehouse” will mark the first time that the late British singer-songwriter is celebrated in a US museum.

The retrospective, on view from January 17, will feature never-before-seen handwritten lyrics, journal entries, home videos and other reflections from her family’s personal archive.

“Beyond Black – The Style of Amy Winehouse” will also explore some of the star’s most iconic fashion moments, notably showcasing custom-made but never worn dresses that stylist Naomi Perry designed for Winehouse’s cancelled 2011 summer festival tour.

“Amy had a rebellious rock and roll style and attitude, which she made all her own with her signature beehive updo, winged eyeliner, tattoos, and bold red lipstick. She had a clear vision of who she was and what she wanted the world to see,” Perry explained in a statement, also adding that “working with Amy was one of my most satisfying and creative times in my career.”

Also on view will be the yellow Preen “Power Dress” and the bold red leather heart-shaped Moschino purse that Winehouse wore at the 2007 BRIT Awards, during which she received the “British Female Solo Artist” award.

Fans of the British music icon will also discover capsule collections that Winehouse personally designed for Fred Perry’s line, including a black varsity-style jacket monogrammed with “Amy” in the front.

Some of the items displayed at the Grammy Museum will be auctioned off in November 2021 to benefit the late singer’s charity.

The exhibition will notably touch on her passing on July 23, 2011, leading her family to create the Amy Winehouse Foundation, which works to prevent the effects of drug and alcohol misuse on young people.

“Beyond Black – The Style of Amy Winehouse” will be on view from January 17 through April 13, 2020 at the Grammy Museum in Los Angeles. – AFP/RELAXNEWS