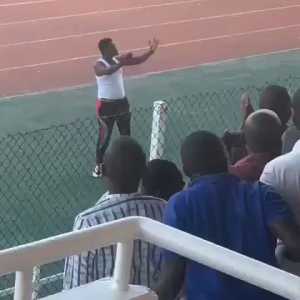 In Zanzibar coach Mani Gamera of Miembeni has been suspended for 6 months and fined $200 after his celebrations in his side’s 1-0 win over his former employers Jang’ombe.

After getting the 3 points, the manager went to the stand where his ex-fans were to celebrate the win.

The Miembeni manager made a series of provocative and obscene gestures at them and even pulled his trousers down looking at the stand.

An act that has been denounced and condemned.

Gamera has been banned for 6 months after committing the gestures. He has also been fined 200 euros for his behaviour against his ex-team.