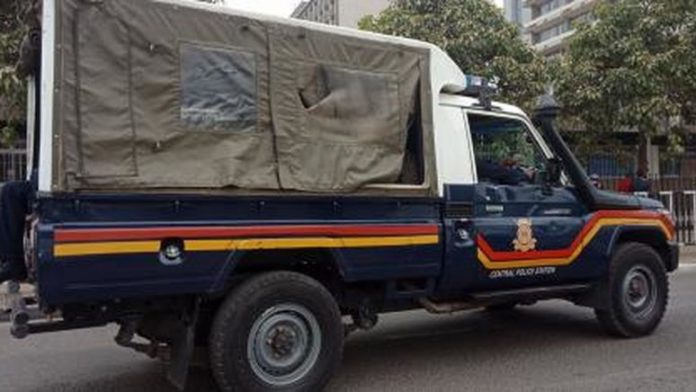 Police in Kenya are in the spotlight again after shooting dead a homeless man by the name Vaite in Nairobi’s Mathare slums.

This resulted to hundreds of residents of Mathare’s Bondeni area to take on the streets demanding justice for Vaite flouting social distance guidelines given out by the government. They went ahead to light fire along the road while pelting stones at the police.

Vaite who worked as a loader at Marikiti market but slept on the streets was shot dead ten minutes past curfew time. This comes in the wake of increased extra judicial killings that have rocked the country since the curfew was imposed.

Activist Boniface Mwangi first shared the news on his Twitter handle on Monday evening captioning a video of the protests: He tweeted, “Kenya Police have shot dead a homeless man in Mathare, Bondeni area. He works as a loader in Marikiti but sleeps in the streets, residents call him Vaite. About 300 people have defied the curfew and are protesting the extrajudicial killing,”

On Tuesday morning, Kenyans in their numbers rallied behind a hashtag “justice for Vaite” in which they called out police brutality.

In March this year, Kenyan police officers were on the limelight after shooting dead a 13-year-old boy in Kiamaiko, Huruma estate. Witnesses recounted that Yassin Hussein Moyo was on the balcony of their house when a police bullet hit him in the stomach at 7.20pm.

He was rushed to Mama Lucy Hospital where he succumbed to his injuries the following morning.