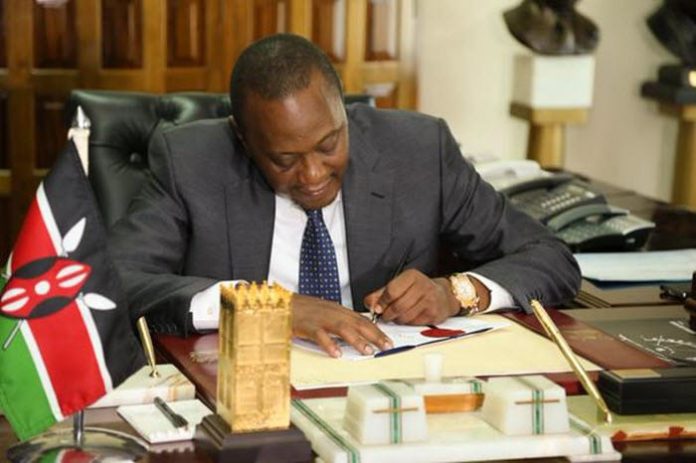 President Uhuru Kenyatta yesterday signed an Executive Order adding the newly-formed Nairobi Metropolitan Service to the Executive Office of the President. The order reads as follows:

“IN EXERCISE of the powers conferred by Article 132 (3) (b) of the Constitution, as read with all other enabling Laws, I, Uhuru Kenyatta, President and Commander-in-Chief of the Kenya Defence Forces, order and direct: