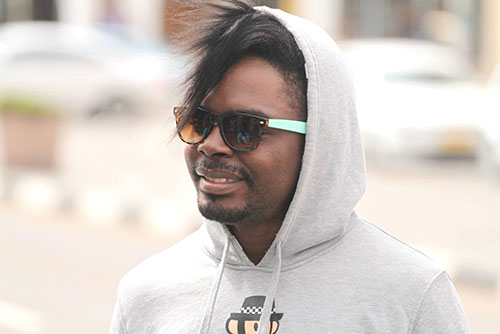 Despite announcing his departure from music earlier this year, local RnB singer Berthold announced to Entertainment Now! that he had changed his mind and will be back making music. His fans’ heartbreak and disappointment didn’t last too long as the singer made a comeback just a few months later.

“I know my fans were quite disappointed when I announced my retirement and a lot of people were asking why I made such a decision, but it was for a good cause even though I decided to come back again,” he explained.

Berthold has been on the music scene for two decades and has contributed immensely to the industry. He, however, felt that he was not benefiting enough from his music. In 2010, Berthold won the best newcomer and best RnB at the NAMAs.

Talking about his return to music, Berthold said that he was motivated by the project he and other veteran artists were working on titled ‘Deadly ground’. “This project revived me again and made me realise that I have an unfulfilled mission. I went back on the mic and saw the passion I have in music and I made up my mind.”

He will be releasing an album ‘Nostalgic’ this year which was supposed to be his final project, and he is expected to return on stage when performances and shows resume. Berthold is one of the notable artists that retired from music and made a U-turn, including the Ovi-trap rapper, Nga-I.

Meanwhile, the pioneer of Afrikaans rap in Namibia, Wambuseun real name Lownan Nangombe will be retiring from the music business after 22 years of serving as the notable black Afrikaans rapper in the country.

The ‘Lang wag’ singer said he has done his part and now is the time to retire, so he focuses on raising his children. “The reason I am retiring is that I want to focus my priority, which is raising my kids, I have been doing music for two decades which is a lot of years, and I am done,” he added.

The veteran rapper was the first local artist to perform at the famous music festival Huisgenoot’s Hart van Windhoek in 2014 among music giants from across the continent. “One has got to leave while on their peak, and I think I am on my peak and it’s time to leave,” he noted.

The highly confident rapper believes he has contributed quite enough to the industry and it’s time for other artists to take over. Wambuseun would like to give the new artists a chance to capitalise on what is already there.

Wambuseun will be releasing his second and last album ‘Niks is dieselfde nie’ at the end of the year. According to him, the album will be about his growth in the industry. “It’s about the changes that have happened. Working on a project I realised how far I have gone and how everything starts falling in place, I have realised I have evolved and that nothing is the same,” said Wambuseun explaining the motive behind the title of the album.