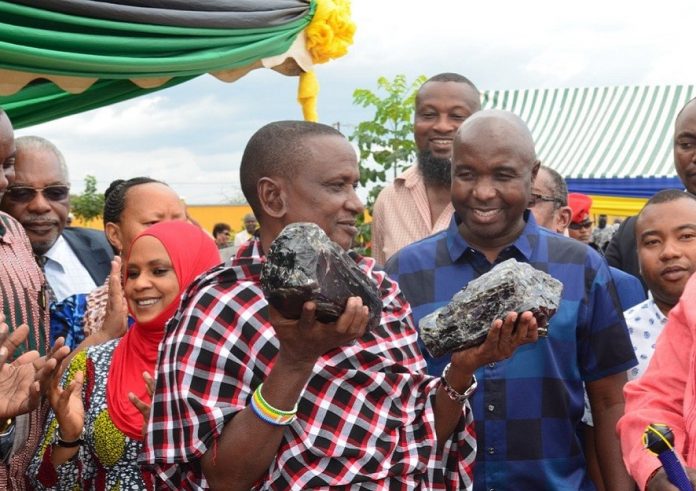 Saniniu Laizer, a Tanzanian small scale miner, has hit the jackpot, becoming an overnight millionaire after forking up two huge Tanzanite stones, one of the world’s rarest gemstones. Laizer earned $3.4 million after selling the gems with a combined weight of 33lb to the country’s ministry of mining. The discovery is said to be the largest ever in Tanzania’s history.

Laizer’s discovery of the two dark violet-blue gemstones was made in one of the tanzanite mines in the north of the country. The mines are said to be surrounded by a wall to control cross-border smuggling of the gemstones.

At a function celebrating the find in Manyara on Wednesday, mining minister Dotto Biteko said the stones were the biggest ever uncovered in the country. “Today’s event … is to recognise the two largest tanzanite gemstones in history since the beginning of mining activities in Mirerani,” Simon Msanjila, mines ministry, permanent secretary, said at a ceremony in Simanjiro district in Tanzania’s northern Manyara region.

“This is the benefit of small-scale miners, and this proves that Tanzania is rich,” said President John Magufuli in a phone call to congratulate Laizer on the find.

The 52-year-old Laizer, who has four wives and more than 30 children said he has no plans to change his way of living, saying: “There is enough security [here]. There won’t be any problem. I can even walk around at night without any problem.”

Meanwhile, Tanzanian geologists have estimated that the supply of the stones will be completely depleted within the next 20 years.