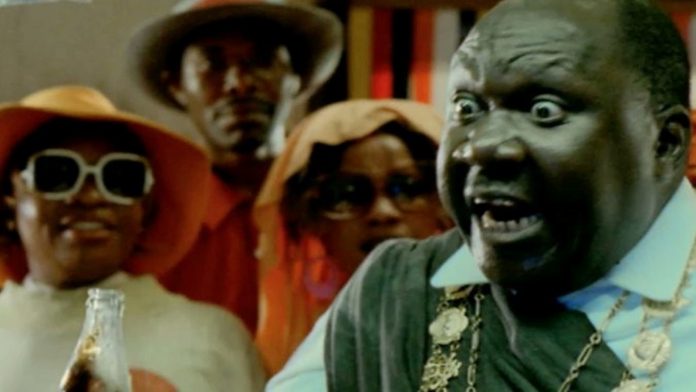 Veteran Kenyan actor and comedian Charles Bukeko is popularly known as Papa Shirandula on a television series passed on after a short illness. His brother-in-law Rowland Wanyama confirmed that Charles died on Saturday morning at Karen Hospital in Nairobi where he was rushed for treatment.

The 58 years-old was an award-winning actor who scooped the Kalasha Award for Best Actor in “Papa Shirandula “Citizen TV series in 2010. In addition, the thespian has featured in many international television commercials including Coca-Cola, Vodacom and GOtv. He has left behind his wife Beatrice Ebbie Andega and three children.

Kenya’s President, Uhuru Kenyatta together with the Royal Media Services management where the late thespian used to work led Kenyans to mourn Papa Shirandula, who revolutionized Kenya’s entertainment industry and shaped the local production in addition to moulding many celebrated actors and comedians in Kenya today.

“On behalf of the Royal Media Services, I wish to convey my sincere condolences to the family and friends of popular TV actor, Charles Bukeko who passed away this morning,” he said in a statement.

Waruru described Bukeko’s death as a “big loss not only to the Royal media family and Kenya’s acting fraternity but also to the country as a whole.”

Royal Media Services Chairman, Dr. SK Macharia, eulogized Papa Shirandula saying that he played a major role in shaping the local production in the country and his contribution to the local entertainment will be deeply missed.

“Papa Shirandula as we all fondly called him at Royal Media Services played a major role in shaping local TV productions in Kenya and managed to earn himself a massive following in the country and around the East African region,”

“We are grateful and honoured to have worked with such a talented individual. Papa Shirandula’s contribution to local entertainment will be deeply missed at Royal Media Services as well as across the country’s entertainment industry. Our thoughts are with his family at this very difficult time.”

In his message of comfort, President Uhuru eulogized the thespian as a gifted storyteller whose contribution to the development of Kenya’s entertainment sector will forever be cherished. The head of state wished Kenyans God’s fortitude as the country mourns the departed entertainer.

DP Ruto, on his part, commended Bukeko for his talent and skill saying his “electrifying and distinctive performances” will continue to enlighten many.

“We are heartbroken by the passing of versatile television star Charles Bukeko ‘Papa Shirandula’. Bukeko was a towering, talented and skilful actor. His electrifying and distinctive performances will continue to enlighten and inspire many generations.”

The thespian has left a rich legacy and he will be missed by many.