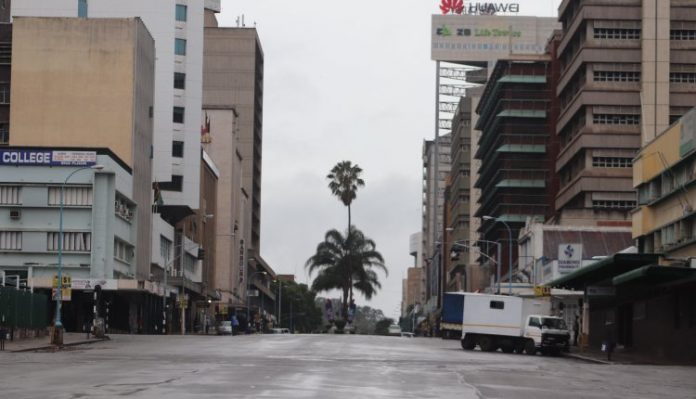 Zimbabwe’s President Emmerson Mnangagwa has imposed a curfew and reinstated strict measures to restrain the spread of the coronavirus following a spike in cases in the past few weeks.

The number of cases recorded in the country, whose health system has been tottering from years of lapse, rose by nearly a third over the past week to 1,713 cases. The number of official deaths soared from 18 to 26.

The country’s president has said, “We can no longer be complacent, and that requires urgent and decisive measures,” Mnangagwa said during a national address. “These urgent and necessary measures will entail curtailing the freedoms we have always enjoyed and grown accustomed to.”

Starting on Wednesday, security forces will enforce a dusk-to-dawn curfew between 6.00pm and 6.00am. Travel between cities and gatherings of more than 50 people for social, religious and political reasons remained banned.

These measures dramatically prevent a protest organised by opposition politician Jacob Ngarivhume against state corruption and worsening economic crises. The nationwide demonstrations had been scheduled for July 31.

Meanwhile, police have since arrested Ngarivhume along with prominent investigative journalist Hopewell Chin’ono. The arrest has drawn international attention and calls continue to flow in for the president to look into and cease harassment of journalists and human rights.