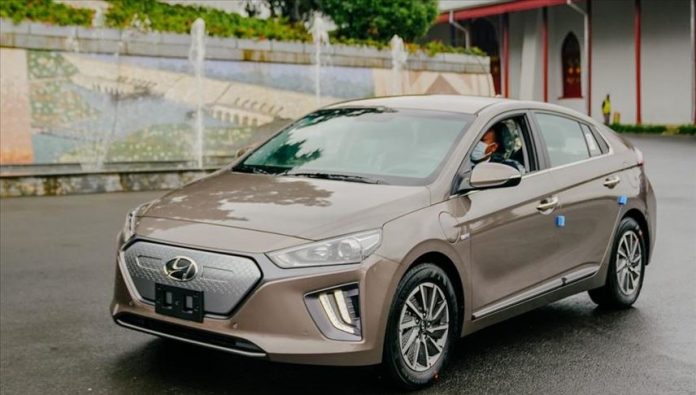 “The decision to assemble electric cars in Ethiopia follows the request put forth by the prime minister to the Hyundai president,” the office confirmed. The company’s plant, according to a local media report, can assemble 10,000 cars per year.

Entirely battery-operated and with no emissions, the electric car does not require charging at terminals, and can instead be charged anywhere.
Ethiopia’s premier Abiy Ahmed, one of the youngest leaders in Africa, received an assembled car from the company.

As we transform #Ethiopia’s greening & climate resilient aspirations into concrete actions through the #GreenLegacy initiative and Sheger & Entoto Parks, this morning I received the first electric car fully assembled in Ethiopia. No emission cars can help reduce pollution. pic.twitter.com/dIu3s88Q0h