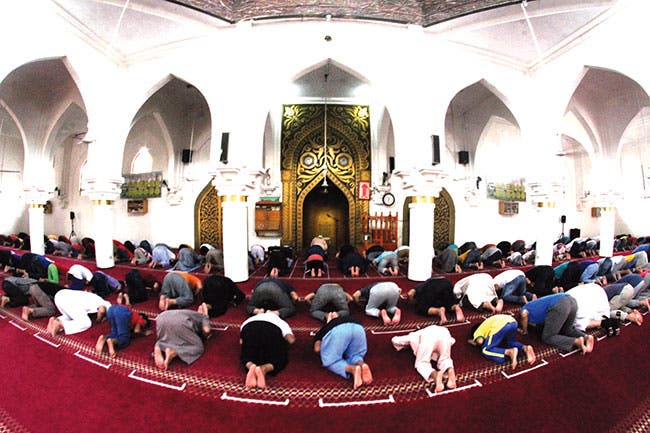 This year, the National Commission on Muslim Filipinos has recommended that the Eid al-Adha be observed on July 31. Eid al-Adha is one of Islam’s two most magnificent feasts along with Eid al-Fitr, which marks the end of the holy fasting month of Ramadan.

“The observance of Eid al-Adha shall be subject to existing community quarantine and social distancing measures,” Phillipino President Duterte said in a proclamation.

The Islamic festival commemorates the willingness of Abraham to sacrifice his son as an act of obedience to God’s command. Eid al-Adha lasts for four days and celebrates the end of the hajj, the annual pilgrimage by millions of Muslims around the world to Mecca.

As the coronavirus pandemic rages, many Muslim-majority countries, including Pakistan, the United Arab Emirates and Algeria have announced restrictions on public gatherings.

Mosques are customarily packed with worshippers with outside arrangements made to accommodate large groups of people. This year, however, mosques will limit the number of attendees, and large congregations will be banned in many countries to stem the spread of the coronavirus.

The occasion is marked by the sacrifice of an animal that Muslims can eat – a goat, sheep, cow or camel – by those who can afford to do so. This year, amid the coronavirus pandemic, numerous apps and websites have appeared in countries such as India and Bangladesh, where animals will be sold online to limit exposure to the virus.