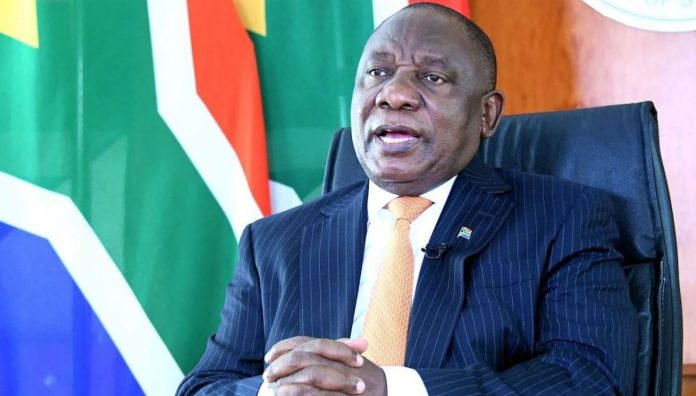 The president made the comments as he addressed the nation in marking Women’s Day. “As we mark Women’s Day this year, South Africa is in the grip of two pandemics – the coronavirus pandemic and the scourge of gender-based violence and femicide,” he said.

“This cannot continue. We can no longer as a nation ignore the deafening cries of women and children for protection, for help and for justice.”

South Africa is one of Africa’s countries that report the most cases of gender-based violence, a fact that has caught President Ramaphosa’s attention in the past.

“To enhance the safety of women we are going to, as a matter of urgency, make the necessary amendments to our laws and policies to ensure that perpetrators of gender-based violence are brought to book,” said the president.

In his address on Sunday, President Ramaphosa promised to strengthen South Africa’s crusade to end gender-based violence and outlined various actions his administration will focus on towards this cause.

The actions include helping women beat poverty by facilitating women-owned businesses and facilitating more land ownership for women. “At the same time, we will be calling on AU member states to put policies in place to increase women’s ownership of land to 30%,” he stated.

Botswana Extends State of Emergency by Six Months Due to Pandemic