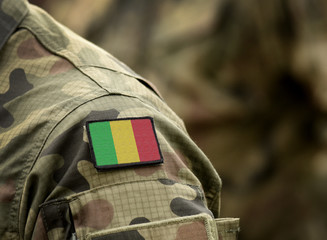 Mali’s President Ibrahim Boubacar Keita has resigned hours after revolting soldiers seized him from his home following months of mass protests against alleged corruption and worsening security in the West African country.

The news of Keita’s departure was met with jubilation by anti-government demonstrators on Wednesday. At the same time, leaders of the military coup said they would enact a political transition and stage elections within a “reasonable time”.

Keita announced his decision to step down in a brief address on national broadcaster ORTM at around midnight. Looking tired and wearing a surgical mask, the 75-year-old said his resignation – three years before his final term was due to end – was effective immediately.

He also declared the dissolution of his government and the National Assembly. “If today, certain elements of our armed forces want this to end through their intervention, do I really have a choice? I wish no blood to be shed to keep me in power. I have decided to step down from office,” Keita said from a military base in Kati outside the capital Bamako where he and his Prime Minister Boubou Cisse had been detained earlier in the day.

Hours later, Ismail Wague, Mali Air Force’s deputy chief of staff, “We are not holding on to power, but we are holding on to the stability of the country. This will allow us to organise within an agreed reasonable timeframe, general elections to equip Mali with strong institutions, which can better manage our everyday lives and restore confidence between the government and the governed.”

The United Nations, France and others also condemned Keita’s detention. Still, in the capital, anti-government protesters who first took to the streets back in June to demand the president’s resignation cheered the soldiers’ actions.

The downfall of Keita, who was first elected in 2013 and returned to the office five years later, closely mirrors that of his predecessor. Amadou Toumani Toure was forced out of the presidency in a coup in 2012 after a series of punishing military defeats. That time, the attacks were carried out by ethnic Tuareg separatist rebels.

The 2012 coup, which also erupted at the same Kati military camp, hastened the fall of Mali’s North to armed groups, some of them linked to al-Qaeda. Ultimately, a French-led military operation overthrew the fighters, but they merely regrouped and expanded their reach into central Mali during Keita’s presidency.

Also in March, unidentified gunmen abducted Mali’s main opposition leader, Soumaila Cisse, as he campaigned in the country’s volatile centre. He has not been heard from since.

This security crisis adds to a severe economic crisis, complicated by the COVID-19 pandemic. There is a lot of grievances about the failure to contain terrorism, but also the actions of the military against civilians.