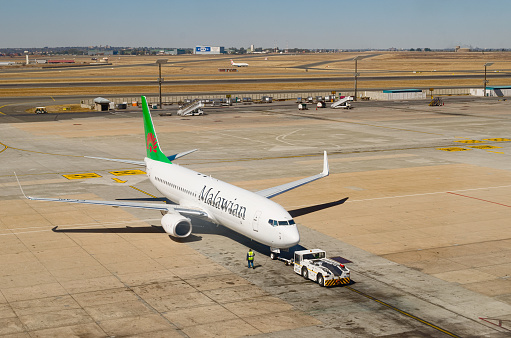 Malawi will now allow foreign airlines to return operations from September 1, as it seeks to limit the economic and social damage from its coronavirus restrictions, authorities said on Thursday. Airports have been closed since March when the government imposed struck restrictions to try to contain the global pandemic.

Malawi has recorded 5474 cases and 173 deaths from the virus so far, although the real figure may be higher as fewer than 50,000 tests have been conducted.

Kamuzu International Airport in the administrative capital Lilongwe will now open to limited flights next week. “The government has carefully considered adverse effects of the suspension of air travel on all sectors of the economy and has therefore decided to lift the suspension with effect from September 1 2020,” James Chakwera, Acting Director of the Department of Civil Aviation, said in a statement.

He added that initially, only a limited number of flights would operate. At the same time, all arrivals will be required to produce Covid-19 negative test results based on tests conducted within ten days before arrival.

Meanwhile, more than 19 days have passed since Kenya announced it had struck a deal with Dar es Salaam over the resumption of Kenya Airways flights not much has happened and there are no KQ flights to Tanzania as yet.

Kenya Civil Aviation Authority (KCAA) director-general Gilbert Kibe said they are waiting for a word from Dar es Salaam, but expressed optimism that the outcome will be positive.

Mozambique Reopens for Tourism: No Visa or Quarantine Required