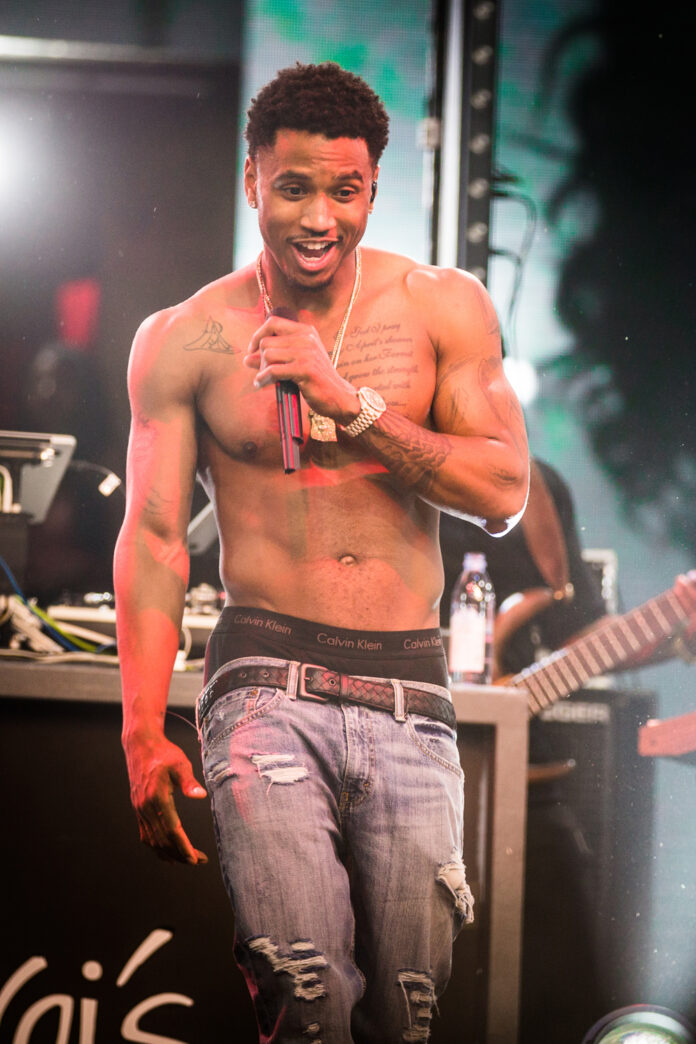 Singer Trey Songz has been arrested for allegedly trespassing, resisting arrest and assaulting a police officer.

The dispute started when some fans a few rows behind Trey Songz insulted him as he watched the game, and he asked them to calm down.

Eyewitnesses say the situation was soon interrupted by a cop who approached the singer without cautioning the rowdy ones taunting him.

In the video circulating on social media, Songz and the officers were seen in a struggle as the singer connects a punch with the officer’s head and gets him in a headlock but then the officers pin him to a seat.

Trey Songz was later handcuffed and arrested when additional officers got involved. Onlookers, however, say the cop was way out of line.

In a quick reminisce, Trey Songz Singer was charged with aggravated assault and assaulting a police officer causing injury after an incident at his concert in Detroit in 2016.

The singer whose real name is Tremain Neverson was alleged to have “struck an officer with his fist causing a concussion” when they approached to arrest him.