Forbes announced her inclusion on the Billionaires list on Tuesday, April 6, 2021, citing her two lucrative businesses, KKW Beauty and Skims, as well as cash from “Keeping Up With the Kardashians” and endorsement deals, including a number of small investments.

The 40-year-old Kim is now worth $1 billion up from her former net worth estimate of $780million in October.

She founded KKW Beauty in 2017, promoting and selling the products online, helped by a social media presence that includes over 213 million Instagram followers.

Last year, Kim sold 20% of KKW Beauty to cosmetics conglomerate, Coty, for $200 million, a deal that valued the company at $1 billion.

While Forbes estimates that figure is a little bloated—Coty, which also bought 51% of Kylie Cosmetics in 2020, is known for overpaying—her remaining 72% stake is still worth about $500 million.

In 2019, the mother of four, launched the multi-hued shapewear line Skims and has raised money from fashion insiders like Net-a-Porter’s Natalie Massane and Theory’s Andrew Rosen, and continued to capitalize on her massive social media following. 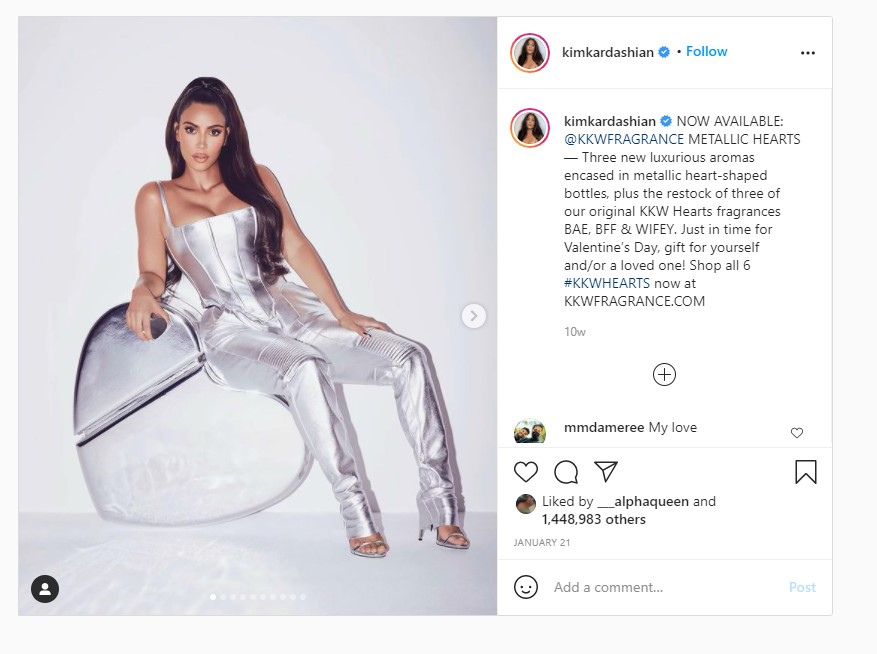