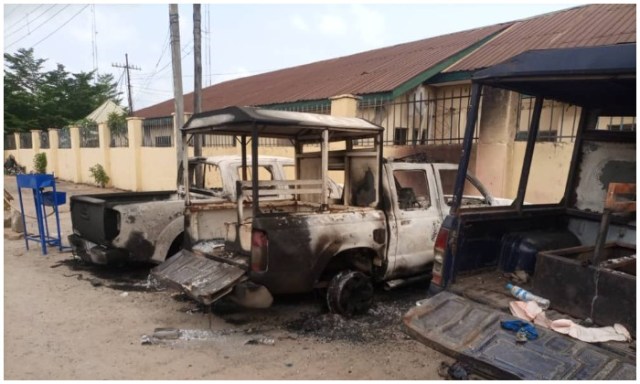 This is a second attack on police headquarters, days after a similar attack was carried out in Imo State Police Command headquarters and Owerri Correctional Center, freeing at least 1884 inmates and razing over 50 vehicles.

Tuesday afternoon’s attack came few hours after the vice president, Yemi Osinbajo, and the outgoing Inspector-General of Police, Muhammed Adamu, and other Government officials visited the state to inspect the damage on the attacked security facilities, according to reports.

Sources say the gunmen operated without any resistance from the police, who ran for their lives. All suspects in detention were freed before the police Divisional headquarters was set ablaze.

The State police command’s spokesperson confirmed the attack saying no police officer died from the incident but, the gunmen torched three vehicles.

Aisabor maintains that intelligence failure on the part of the security agencies has enabled the group to carry out attacks unchecked.

Will Shujaa medal at the Tokyo Olympics?