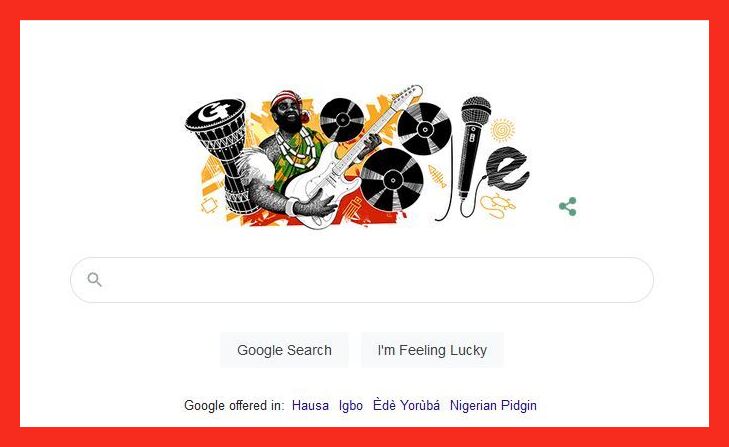 King (Dr.) Chief Oliver De Coque, also known as Oliver Sunday Akanite was crowned the “Highlife King of Africa,” a musician and was also a lead guitarist who was active from 1965 till June 2008 when he died.

His skills in playing the Nigerian board game okwe, made Akanite get the nickname, “Oliver de ka Okwe,” which he then adapted into his stage name, Oliver de Coque.

Born on April 14, 1947, in the small town of Ezinifite in southeastern Nigeria, Oliver Sunday Akanite started playing guitar at a tender age, he also studied the traditional Igbo music of the region and Congolese soukous.

In 1970, at a concert by the renowned Sunny Agaga and his Lucky Star Band, Akanite requested Sunny to let him stand in as their guitarist; he was hired on the spot, providing a massive boost to his young career.

The music legend famously infused the modern West African highlife genre with a Congolese-influenced guitar style and the energetic dance elements of Igbo music he grew up with, crafting a unique musical style.

Beginning with his first solo release in 1976, de Coque’s music only grew in popularity at home and abroad, as he put out album after album featuring his masterful guitar work and fresh take on African pop–over 70 throughout his lifetime.

In 1994, his prodigious music was acknowledged, de Coque was awarded an honorary doctorate in music by the University of New Orleans.

Allegedly, the Google doodle was created by Lagos-based artist, Ohab TBJ who shared the artwork on Instagram stating it was a dream come true.

“Ayeeeeeeeeeeeee. Darling I illustrated a @google Doodle. It’s a doodle to commemorate the late Oliver De Coque, a Nigerian guitarist and one of Africa’s prolific recording artist, on his birthday today.” Ohab wrote on IG.

“OMG! This is one of my dream projects come true and I still can’t believe it!!! Today I’m literally googling everything before the day ends. AD shout to @helenecleroux. Go google everything today too darling!(It’s only live in Nigeria tho) Make sure to click on the Doodle to learn about Chief Oliver De Coque”. 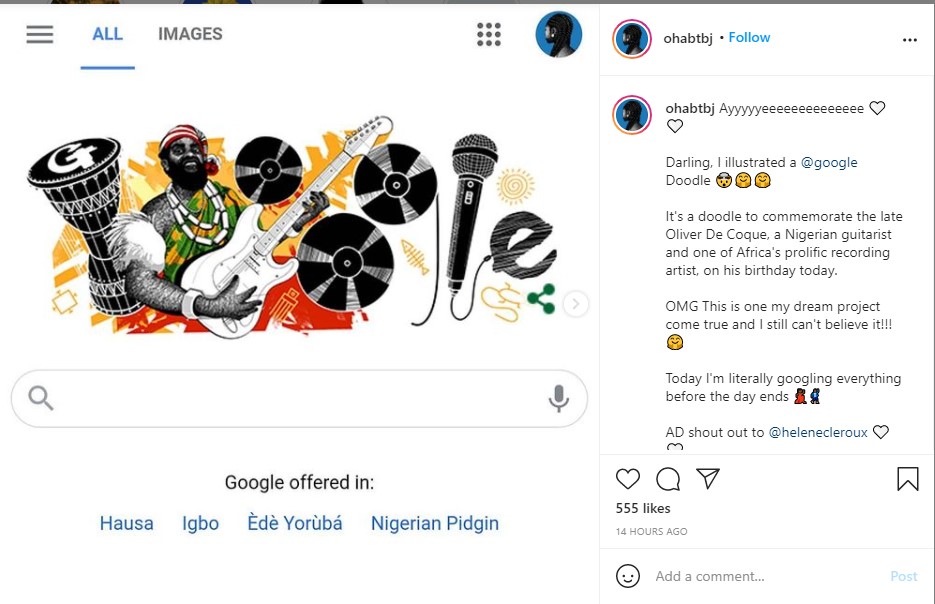