She disclosed the DNA results on her social media pages which show a 99.9% compatibility.

The results come days after the comedienne claimed that Professor Hamo had requested for a paternity test.

She also disclosed to blogger Edgar obare that with the intervention of their boss Churchill, the two are trying to sort out their issues adding that Hamo had agreed to pay school fees for the firstborn and has already given the required amount.

“Yes, that was me, Hamo and his brother we were at Big Square on Wednesday. We met on Monday with Churchill and a few guys to try and sort out issues. We are still sorting out issues. At the meeting he agreed to pay for the school fees, so tulimeet on Wednesday as agreed and he gave me the school nkalipa jana… the DNA will be out in 2 weeks.

We did the DNA on Tuesday at KEMRI,” Jemutai wrote.

Churchill on the other hand confirmed meeting the two adding that they will handle the matter privately.

“We have had a long cordial talk with Hamo & Jemutai and agreed to deal with the matter privately and find an amicable solution..in the end the kids have to win. Have a blessed Sunday,” said Churchill.

The controversial relationship between the two comedians was made public by Jemutai who sought help from Obare to help her sell her Facebook account so as to provide for her kids and pay rent.

She claimed the comedian neglected his kids and she has been raising them on her own.

Jemutai also revealed that she and Professor Hamo’s wife are in good terms and there’s no bad blood between them. 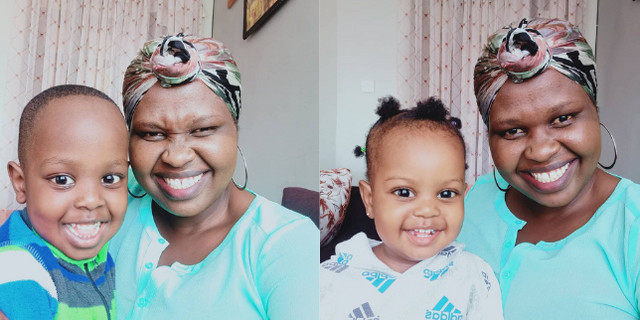 Tanzania Rapper Darassa Claims He Made No Money With Hit Song...

Senegal: Dancer Mbathio Ndiaye prosecuted for theft by her ex-husband

Nigeria: Wizkid finally gets his desired collaboration with Asa after 7...