This comes just a day after DNA results confirmed he is the father to Comedienne Jemutai’s kids.

Sources from the company have revealed that Hamo was fired from the station a week ago following his recent family scandal with fellow comedian Jemutai who had accused him of neglecting his kids.

Word has it that besides his embarrassing scandal, Prof Hamo had crossed paths with some of his seniors who reportedly used the scandal as an opportunity to fire him over “indiscipline.”

Before being fired, Hamo was a radio host at Hot 96. He has been hosting the show (#TheRush) alongside Jeff Koinange who today gave a hint on his replacement.

On his social media accounts, Koinange introduced a new hashtag and posted a photo of him and VDJ Clyde who is also the deputy Station Manager at Hot 96.

His position is currently occupied by VDJ Clyde who will reportedly continue to co-host the show until a replacement is found.

Hamo last posted a picture of him at Hot 96 studio in March 12, weeks before his scandal broke out.

Interestingly, other reports claim Hamo left the station willingly following an internal MEMO which barred him employees from running campaigns or appearing on billboards. 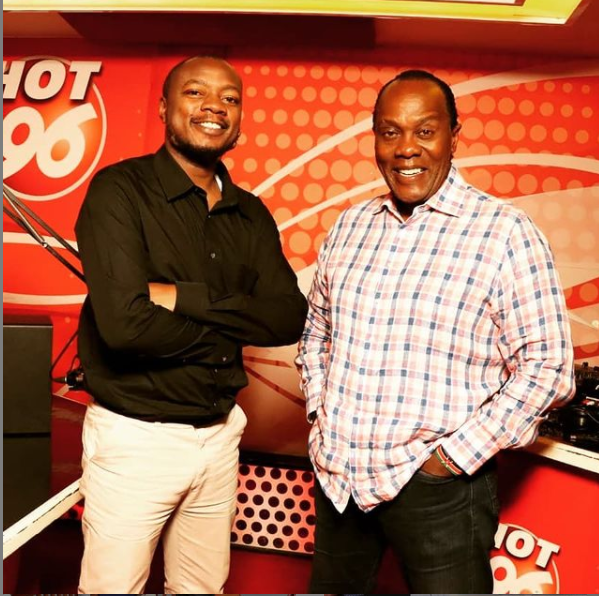 Nigeria’s service could be disrupted owing to rising insecurity