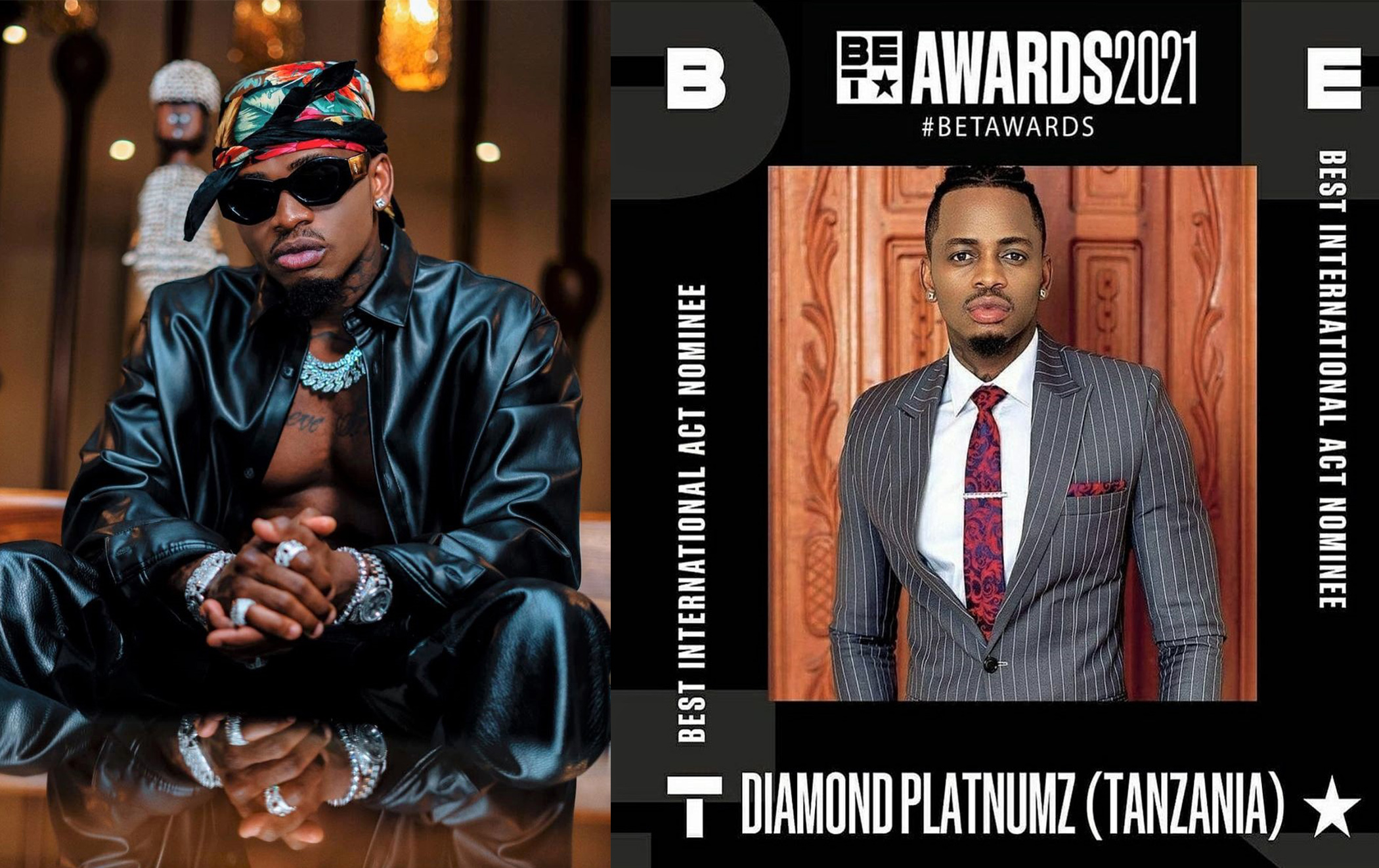 DODOMA— A section of Tanzanians has launched an online petition to have Diamond Platinumz disqualified from competing for the Best International Act Prize in the Upcoming Black Entertainment Television (BET) awards 2021.

The petitioners allege that the Wasafi Classic Baby (WCB) president used his “popularity and Talent to whitewash and deodorize the Brutal repression” of the late president Dr. John Magufuli Pombe.

This comes days after Diamond was nominated for the awards, and the Tanzania government through the regulatory body ‘Baraza la Sanaa la Taifa’ (BASATA), congratulating him.

BASATA expressed hope that the singer will bring great pride to the country if he bags the award, urging citizens to show their support to the artist to help him bring the award home.

The petition to ‘block’ Chibu Dangote’s Awards chances furthermore claims that he remained silent when his close friend and business ally, Paul Makonda, the former Governor of Dar-es-Salaam launched a brutal cracked down on the LGBTI people, including his fellow artists who were abducted and imprisoned.

“In 2016, Diamond made Paul Makonda the Patron of his music label and media company called Wasafi. Makonda has used the Wasafi Festival for publicity and to sanitize his image,” the petition reads in part.

The round robin alleges that “In 2017, he deliberately released a single called “Acha Nikae Kimya” (Let me remain quiet) as a response to the increasing demand from the public to speak up and condemn the crackdowns. Diamond to-date has not condemned or spoken up on any of the atrocities committed.”

“Jeje” hitmaker has not yet responded to the accusations that are targeting to stop him from bringing the BET award home.

BET Awards 2021 is scheduled for Sunday, June 27, with a live show audience from Microsoft Theater in Los Angeles.

Try anything against rulers in Kenya, you are arrested, trolled for ‘judging’ others or ‘fighting’ women, or denied appointment. pic.twitter.com/xOyKqZbKnl