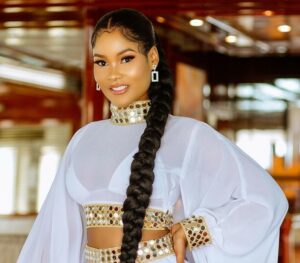 TANZANIA —   Her beauty is one to reckon with, and Rick Ross can’t just ignore it. For the past few days or so, the American rapper has been prying and flooding sweet comments on Hamisa Mobetto’s social media posts.

In what seemed to be a tighter bond between the two, Rick Ross recently posted Hamisa on his Insta stories.

Asked about her affair with the rapper, the Tanzanian model and entrepreneur said they are ‘just friends.’

Early this month, Rick Ross had in a post asked the model if she would relocate to USA. “you’re moving to the USA.’  He wrote.

Hamisa would later respond, “All my bags are packed. I’m ready.”

In another post, the rapper referred to the model as his, he wrote “#mine.” Hamisa responded saying “@richforever only yours.”

‘Concerned’ fans would thereafter conclude that the two were in a romantic relationship. 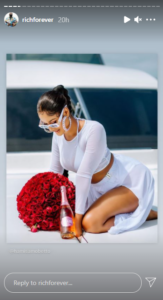 In a move that seems to have put to an end the rumors, Rick Ross has finally introduced the model as the official ambassador of Luc Belaire.

In a series of photos, the model on Sunday confirmed that she will be part of the Belaire family to help promote the Luc Belaire drink.

Luc Belaire is a luxe French sparkling wine produced in the South of France. Hamisa now joins other international artists like French Montana and FJ Khaled who represent the drink. She will help promote the drink in East Africa.

The brand is owned by Niaz a New York-based company with Rick Ross as one of its major promoters.