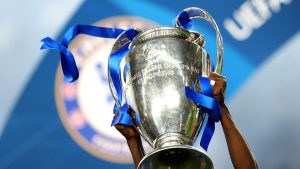 UEFA, European soccer’s governing body, has confirmed that May’s Champions League final has been moved from St Petersburg to Paris in response to Russia’s military invasion of Ukraine.

“The UEFA Executive Committee decided to relocate the final of the 2021/22 UEFA Men’s Champions League from Saint Petersburg to Stade de France in Saint-Denis. The game will be played as initially scheduled on Saturday 28 May at 21:00 CET.” UEFA said in a statement after convening an emergency meeting on Friday.

“Together with the French government, UEFA will fully support multi-stakeholder efforts to ensure the provision of rescue for football players and their families in Ukraine who face dire human suffering, destruction and displacement.”

The match, scheduled for May 28, was to be held in a stadium built by Gazprom, a Russian energy behemoth and one of UEFA’s key sponsors.

The UEFA Executive Committee agreed today that until further notice, Russian and Ukrainian clubs and national teams competing in UEFA competitions must play their home matches at neutral locations.

The changes come at a time when Russia and Ukraine have severed relations and conflict between the two escalating.

On Thursday, Russian President Vladimir Putin launched a full-scale invasion of Ukraine, with forces storming from the north, east, and south, wreaking havoc on military institutions and killing civilians.