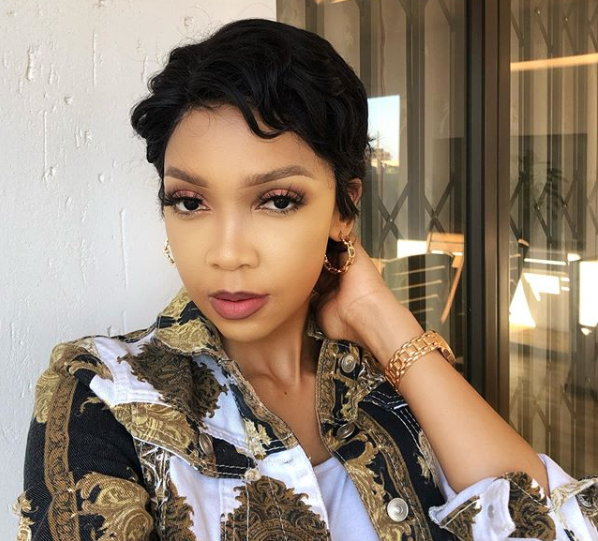 Are you looking to make your big break in the beauty industry but not too sure who the industry gurus are? Or maybe you’re just looking to upgrade your facebeat skills. Keep up with these top celebrity make-up artists for the latest beauty tips and tricks! 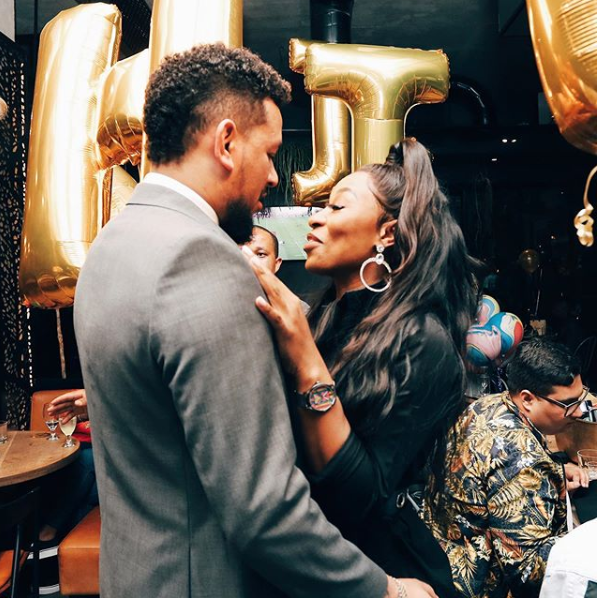 AB de Villiers has 8.6 Million followers which is nothing short of amazing for the legend and former international cricketer!

The Daily Show host with the most Trevor Noah continues to fly our South African flag high holding down the second spot with 4.9 million Instagram followers at present!

South-African born actress who grew up at a farm near Benoni, Charlize Theron snatched third place with a whopping 4.4 million followers. Pretty impressive for our thespian girl who’s a recipient of several accolades and outstanding achievements.

Born Ntombezinhle Jiyane but popularly known as DJ Zinhle, the queen of the dance floor holds down position eight with 2.5 million Instagram followers. Kairo’s mom is in a tie with the flamboyant media personality Somizi (ninth position). Som Som, as Idols judge Unathi Nkayi loves to call him, is going to be walking down the aisle with the love of his life in a star-studded affair and we’re here for it!

Born Kiernan Jarryd Forbes but popularly known by his stage name “AKA” wraps up our list of celebs at number 10. Kairo’s father may be last on the Top 10 list but that doesn’t make him the least popular personality.

Which celebs are you following on social media? Tweet at us to tell us about your faves!

New York Fashion Week: The good, the bad and the ugly 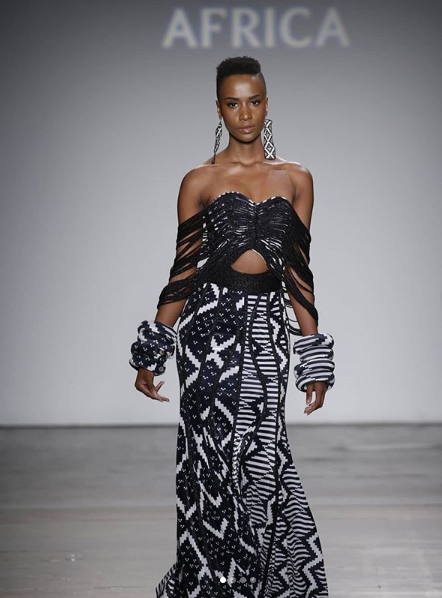 There’s nothing bad or ugly about New Yourk Fashion Week at all. Now that we’ve got your attention, let’s focus on all the good and let’s feast our eyes. Shall we?

Media darling and entrepreneur Ayanda Thabethe is living it up at New York Fashion Week and we’re not surprised! What’s not to love about it?

Our newly crowned queen Zozibini Tunzi is making her mark in the city of dreams! She can braai us any day – we are her chisanyama!

Grand Slam slayer and queen of the tennis courts, Serena leaves nothing to chance! We can’t get over Serena’s surprisingly sweet unveiling of her latest collection. Say it with us,”Ncoooh!”

Award-winning Nigerian Afro-pop singer Yemi Alade had us snatching our wigs and clutching our pearls. Isn’t the Woman of Steel absolutely lovely?

Which of your favourite stars did you spot out and about at New York Fashion Week? Tweet at us!

Wedding bells are ringing for Davido and Chioma! 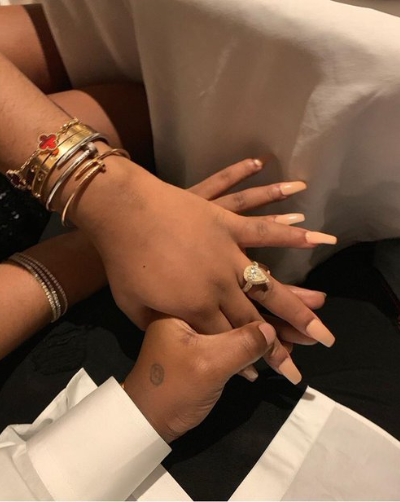 Award-winning Nigerian superstar Davido has broken the Internet once again!

This time the multi-talented and wealthy 27-year-old is singing a new tune of love as he finally proposed to his long-time girlfriend and baby-mama, Chioma Rowlands.

All this only ten days after the introduction ceremony with his future wife’s family.

Naturally, Chioma is the happiest woman on the planet and the envy of all!

Twitter was ablaze with reactions of congratulations and salutations:

Congratulations to the lovebirds!

Black to the future: The enduring legacy of Zonk! 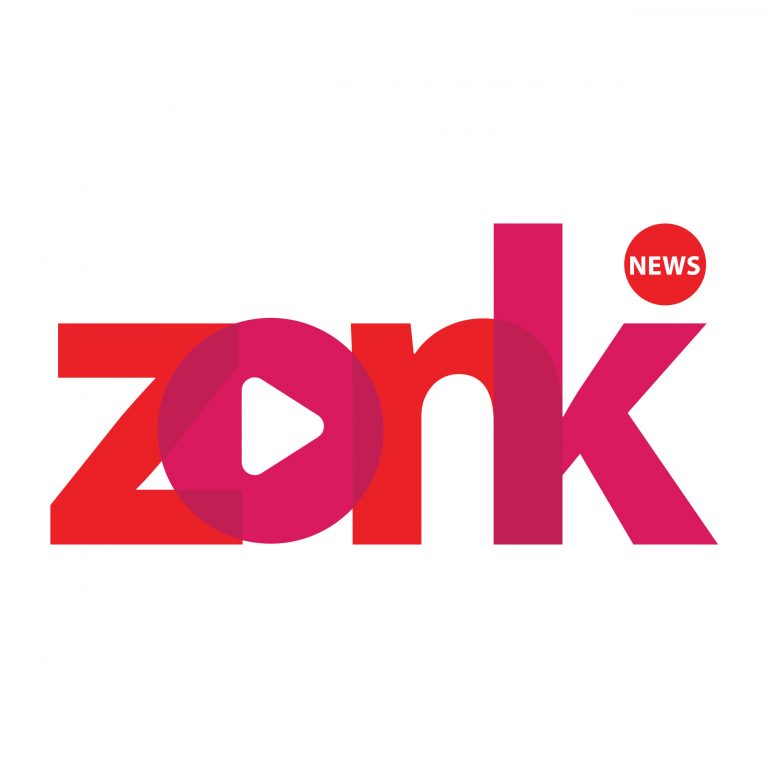 We cannot begin to make sense of the heritage, history and legacy of
contemporary South African, indeed continental and even diasporic black
and African media, particularly yet restricted to the culture of print media
without understanding the role of a less heralded (compared to Drum)
urban periodical, Zonk.
Going back to the Jim Comes To Jo’burg-era 1940s, the root-era of South
Africa’s Jazz Age, post-world war II and, hardly half a century since the
peaking of the Johannesburg Gold Rush which, like California’s Gold Rush
after it, attracted dream chasers, lucre hunters and thrill-seekers to plunge
into the belly of the Reef, the quickly urbanised African émigrés from the
Union of South Africa (late the “Republic”) had, through their storied
lifestyles: rural and urban dialogues, education, faith beliefs, rituals,
sorrows, dreams and aesthetical expressions such as fashion styles and
music(s) attracted both scholarly and media attention.

What those early black folks dotted in and around the hearts of the
emerging “New South Africa” metropolises ( “new” , for it was then a
country recovering from decades of devastating white folks tribal namely
Anglo-Boer Wars).

Cape Town’s Kensington, and later Kwa-Langa Township, Durban’s
Mkhumbana, the Vaal’s Evaton, the Reef’s Sophiatown, Alexandra,
Pretoria’s Eastwood and Lady Selbourne was not yet another
anthropological gaze of the native, or Conradian heart of the dark beast
sensationalist trope germane to the colonial mind set of the time.

A while before Drum (then The African Drum), without doubt a
condescending and out of tune with the notion of a ‘Modern African” there
was Zonk Magazine.

Zonk reported black lives without patronising them. Zonk understood Africans had an
implicit understanding about cultural diversity in unity.

Zonk understood humanity, let alone blackness is not luxuriates in our
singularities taking feeding off the spiritual succour of our shared humanity
and destiny.

Zonk knew what time is it: It understood that the 1940s would outlive the
1940s…that they may gallop beyond the limits of the calendar.

With its format, gorgeous photographs, racy headings, its prose, especially
pouring out of its erudite, former gambler, street toughie, Swing-Jazz and
bop Mike “Mazurkie” Phaahlane’s on its editorial saddle, and with stories a
sonic echo of the jive talk previously associated with the F.Scott Fitzgerald,
Damon Runyon, (all Oscar Wilde’s “prose-lings” acolytes), Zonk delivered a
freshly pealed fruit approach to storytelling: Fast, smart, eye-rubbingly
juicy with a bucket dose of irreverence.

Phaahlane (yes yes yes vintage flaneur who some insists pursued Winnie
Mandela at the same time that Nelson did!) is as key to the Zonk mythology
as Robert Benchley and Dorothy Parker of the Algonquin bohemian set
were to post-war (1) Vanity Fair.

“Mazurkie” -whose brother “Skip” was a jazz musician- and his string of
stringers (usually anyone with verve and a tall tale to share with brevity)
pursued a balance of African exuberance, self-respect.

Those “New Africans ”, as Prof. Ntongela Masilela would put it understood
that life is too short to spend licking the White Man (a new “human”, just as
altered and remoulded by the Gold Rush as the “ “Native” to the land was)
induced wounds!

Only that in the pages of Zonk all that self-aware, too cool-for-school racy
prose was almost, always re-filtered through the lived experiences, sounds,
walk, visual feast and colour palette straight out of Marabastad,
Doorenfontein/George Cogh/Kofif/Mkhumbana/ District Six back alley.

This is to say Zonk was not merely a magazine.

Zonk was the people’s mirror and, to cop a contemporary term, a vuvuzela,
trumpet, piano and fluggel horn of the nascent black modernity.

Now that everyone can claim cultural expertise, the periodical has been
dealt a terrible blow by way of either omission from the Urban Africana
media canon, and in those instances it is accorded a foot-note dues in
Democratic era’s inevitable archival and social studies, it is always reduced
to something slightly niched a notch above an entertainment pamphlet.
Nothing could be further from the truth.

Zonk was as socially engaged as it was permissible, and hella-hey, whoever
still assumes that there exists a dialectical chasm wedge between politics
and culture, faith and culture, jive and Jesus, the profound and the profane,
high street and back alleys, has been left off the train station of The Black
Experience/s.

To use that most musical, if not architectural term Zonk, was “the bridge”
within the blue notes of lived black lives.

“Lives”, because then as now, the periodical understood that blackness,
then called “Africanness” or uBuntu-BaBantu, was never a single but a
collection, diverse, tangential, urban (and rural as well as “peri-urban!!!)
ever- evolving experiences.

As we prepare to enter the third of the 21 st Century, a decade which is
already pre-defined by the spectre of Fourth Industrial Revolution, without
understanding the first three technological innovation booms of the 20 th

Century (a Century the original Zonk played a key role in, if only within the
racial power relations of the times), or if, indeed Africans were among the
beneficiaries of those techno-booms -and if not why not?-we could not
think of a better idea, name, ethos and by implication the joyous challenge,
verve, commitment to the people, thus market, audience, than Zonk.

Thus the multi-platform digital Zonk of 2019 and beyond is both an
evocation, invocation and an ode, per es Espanol, an hommage.

We can never be a 1940s-1950s publication or media and entertainment
space in 2019, it’s impossible. Neither do we desire to.

We are a contemporary, truly post-modern, digital entity that lives in both
the virtual and tactile Africa, an Africa which is speedily bridging the gap
between a techno-logical “cyber logical” as a contributor to Wired
Magazine once put it) and off-line life, to remake an African future
according to the demands of time and, as per Zonk nation, knowing exactly
where we come from as editorial and entertainment content makers
(adaptive migrants to digital tech and those considered digital natives),
where we have been and where we can all, in our individual pursuit of joy
within humanity, venture.

All aboard Zonk 2.0! Zonk of the future…our future past…grounded, solid
but evolving and reflective futures.

BONGANI MADONDO is a public arts worker and social critic. He writes on poetry and photography. His book Sigh, the Beloved Country (Picador Africa) was a finalist in the 2017 University of Johannesburg’ s Literary Awards, main prize category.

4 Mzansi entertaining dancers to keep up with online 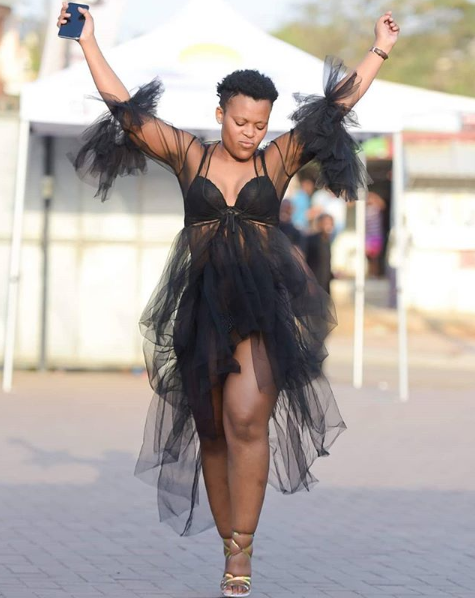 Variety is the spice of life indeed! This rings true especially where our local dance queens are involved. Whether you enjoy their entertaining performances or catchy tracks, keeping up with them can become mission impossible as they are versatile and unpredictable. Which of these dance queens is your fave? Tweet at us!

TDK Macasette
Gqom Barbie hailing from Durban, Thandeka “TDK Macassette” Mkhwanazi stays winning in her lane as she continues to flourish and prosper her gqom career.

Skolopad
Socialite Nonhlanhla Qwabe who’s popularly known as Skolopad stays enlarging her influence and broadening her views past being known as Mzansi’s socialite.

Zodwa Wabantu
Reality TV star and exotic dancer Zodwa Wabantu is not planning to slow down any time soon. Her fans love Zodwa for staying true to herself. 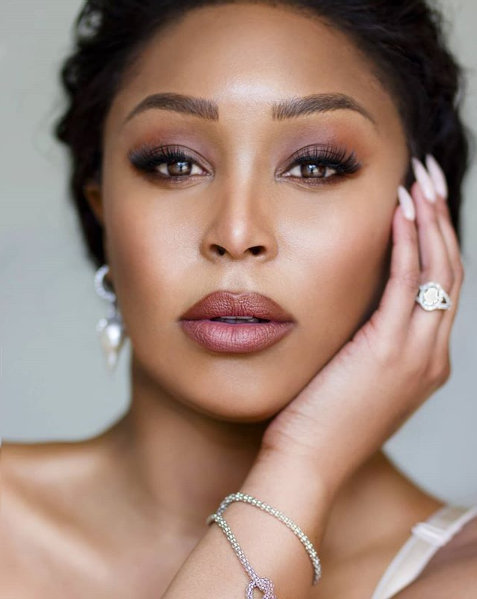 Have you always wondered how your favourite stars maintain their flawless skin and natural glow? This is your moment: Take notes and be schooled ladies. Get with the beauty secrets plug!